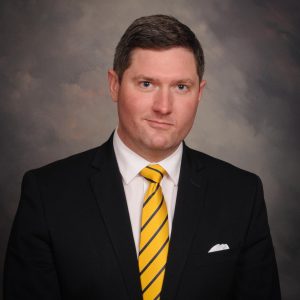 Laurens Mayor Nathan Senn said Tuesday morning that he wants to move quickly to find a successor to Chrissie Latimore as the city’s police chief.

“I’d like to have no interim chief, so we’re posting the job, and we think we’ll find qualified candidates,” Senn said. “We’re starting the interview process, and hopefully we’ll have a smooth transition from one chief to another.”

Latimore is leaving the post she has held since 2018 to become the U.S. Marshal for South Carolina. She was nominated for position by President Joe Biden and is expected to be confirmed for the post by the U.S. Senate in the coming weeks.

The announcement was made official by the White House on its website Monday, but Senn said preparations for her departure have been in the works for several months.

“We began hearing rumblings about it last November,” Senn said of the nomination for Latimore. “Then, in March we saw things really start to pick up, so we tried to plan ahead.”

The LPD’s last two police chiefs, – Latimore and current Clinton Chief of Police Sonny Ledda – have been promoted from within the department, and Senn did not rule that out for this opening even though it is being advertised beyond Laurens County.

“Of course local candidates will be considered,” Senn said. “Our focus is that the City of Laurens must continue to professionalize, and from a police department standpoint, that means that we not only take care of the job that has to be done today but prepare for the future and growth we expect as a city.