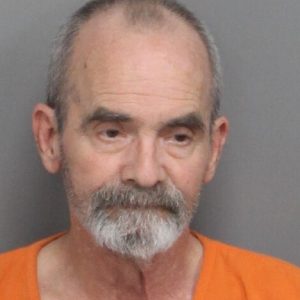 A former substitute teacher at Ford Elementary School remained in the Johnson Detention Center Monday after being arrested for soliciting a Ford student for sex.

Michael Bernard Bunner, 66, was arrested and charged with criminal solicitation of a minor and two counts of disseminating obscene material to a minor.

According to reports from the Laurens County Sheriff’s Office, Ford’s school resource officer was notified that Bunner had allegedly sent pornographic images to a child’s cell phone and computer. A student and friend of the alleged victim notified Ford Principal Zac Watson of pornographic material being sent to the victim’s electronic devices.

Arrangements were made to pick the child up from a residence “to participate in sexual activities,” according to the LCSO. Deputies from the LSCO and officers from the Laurens Police Department then set up surveillance at the residence. A short time later, Bunner arrived at the residence and was arrested, the LCSO report said.

“This guy is without a doubt a sexual predator of children. There is no place in our society for such people and I’m glad he is in jail, where he belongs,” said Laurens County Sheriff Don Reynolds. “It’s only by the grace of God and the courage of the victim’s friends to tell an adult about what was going on that we were able to stop this criminal before he could physically assault the victim.”

A release from the LCSO also said investigators do not have any information relating to any other possible victims, but the investigation is ongoing and more charges are possible. During the investigation, deputies also learned that Bunner was a former substitute teacher in District 55. District administrators were notified of the arrest.