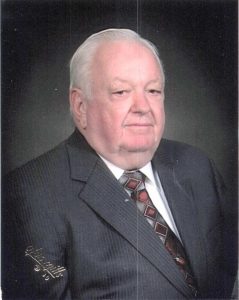 Charles was born to Mildred Funchess Metz and Jacob Leonard Metz at their home in Lexington, SC. He was educated in Lexington schools where he was a member of the band, Wildcat staff, and Beta Club. After high school he was recipient of Geer Drug Company scholarship for each of his four years at USC School of Pharmacy where he graduated in 1960. He was then employed in Laurens, Walhalla, Travelers Rest, and Greenville until he finally owned his own pharmacy, Professional Drug Store, in Laurens for 21 years. He retired in 1998 from Eckerd Drug Company. After retirement, he worked part-time for pharmacies in Laurens and Joanna.

Charles was raised a Lutheran, but after marrying a Baptist preacher’s daughter, he became a Baptist where he served as a deacon, a Sunday School teacher and on various committees at First Baptist Church of Laurens.

In addition to his parents and his wife Phyllis, he was predeceased by a grandson, Gregory Chandler Metz.

The funeral service will be held at 11:00 AM on Saturday, December 10, 2022, at The Kennedy Mortuary Chapel conducted by Rev. Tim Marsh and Rev. Tommy Cox with burial following in Westview Memorial Park.

Visitation will be held at the mortuary one hour prior to the service from 10:00-11:00 AM.