The victory snapped a four-game skid for the Crusaders (4-5 overall, 1-2 SCISA Region 1-1A)

Bertoli scored LA’s first three touchdowns as LA jumped out to a 22-8 lead and never looked back.

LA’s Garrett Murphy added a touchdown reception from quarterback Andrew Codington, and Buddy Baker returned an interception for a touchdown as Newberry Academy fell to 1-7 overall and 1-3 in region play.

The Crusaders return home for their regular-season finale next Friday (Oct. 28) against Richard Winn Academy. Richard Winn defeated LA 41-13 in a non-conference victory in Week 2. 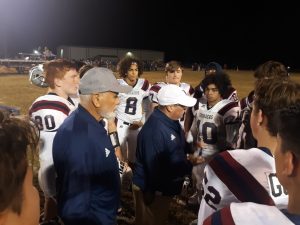 Laurens Academy began the SCISA Class 1A state volleyball tournament Friday by sweeping its way to three straight victories and continued its march with a pair of victories Saturday. 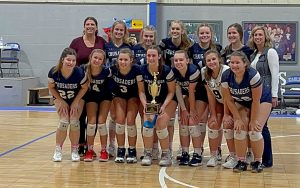 The Laurens Academy Region 1-1A champion volleyball team is headed to the finals of the state championship tournament Monday.

On Saturday, LA picked up 2-0 wins over Holly Hill and then over Curtis Baptist for the second straight day. The win over Curtis Baptist propelled LA to the state tournament finals set for Monday against Greenwood’s Cambridge Academy. The site and time of the finals have yet to be announced.

The Crusaders captured the SCISA Region 1-1A championship last weekend and are now 34-4 on the season. Last week, head coach Shannon McGee earned Region Coach of the Year honors, and Madison Sherman was named Region Player of the Year. Campbell Sherman and Olivia Huck also earned all-region and all-region tournament honors along with Madison Sherman.