Zikevious Amaan Rice, 26, of Laurens and Montrarius Dejon Bailey, 21, of Laurens were arrested in connection with the shooting a short time after the incident. Both were charged with attempted murder and face other related charges. Both men were denied bond at a hearing Monday morning.

According to a release from the LPD, officers responded to a call and discovered an unoccupied white Chevy S-10 Blazer in a ditch with three shots fired into the rear window. Investigators also discovered that a shot went into a residence and lodged in a bedroom wall where the resident was sleeping. 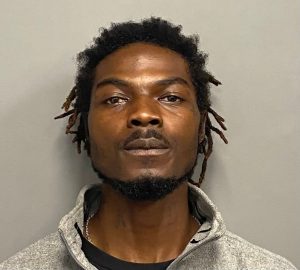 Police said no one was injured in the shooting.

Investigators also said that witnesses reported that Rice, who was identified by LPD as the driver of the Blazer, fired toward a group of people who had been standing in the yard of a residence on Second Street. An individual there fired back at the driver of the vehicle.

The weapon allegedly fired by Bailey was stolen in Laurens in 2000, and he is charged with receiving stolen goods in addition to other charges.

“I am proud of the work our officers put in on this incident to bring it to a swift resolution,” said LPD Chief Chrissie Latimore. “I am also happy that our community came together to assist us in this investigation, showing that they, too, stand against these sorts of incidents. It is only through partnering with our community that we can resolve incidents such as this so thoroughly and decisively.

“The Laurens Police Department hops this incident will send a message to our community that neither the LPD nor the citizens of Laurens will tolerate this sort of activity.”