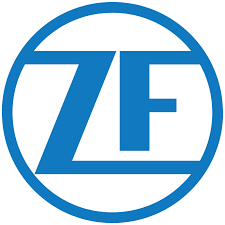 ZF Transmissions is expected to embark on the second major expansion at its Gray Court facility since 2020.

The Laurens County Council was expected to approve first reading of a fee-in-lieu-of-taxes (FILOT) agreement for Project Trapezoid. Sources later confirmed that the project involves ZF.

According to the resolution, the expansion is a proposed $256.475 million investment that will add 549 new, full-time jobs at the Gray Court plant, bringing the total number of employees at the facility to more than 3,000.

Laurens County Development Corporation President and CEO Jonathan Coleman said he could not comment on Project Trapezoid other than to say it was an expansion involving an existing industry in the county.

German-owned ZF Transmissions has made no public announcement concerning the project, which will be the company’s second major expansion in as many years. Last year, ZF officials announced a $200 million investment for its ZF Powerline 8-speed automatic transmissions for commercial vehicles that is expected to add 500 new jobs. That production line is expected to begin operation in 2023, according to a 2021 release from the Upstate SC Alliance.

If approved after three readings as expected by county council, the FILOT agreement will pave the way for the the Project Trapezoid expansion.

The proposed ZF expansion outlined in Project Trapezoid, is part of a busy beginning to 2022 for the LCDC.

“January and February have been the busiest two months we’ve ever had as far as activity and prospects go,” Coleman said. “We’ve been working on a lot of projects, so I think there’s going to be a lot of exciting things happening this year in Laurens County.”

In February, a long-dormant project by American Titanium Works appeared to take a step toward its arrival in Laurens County as it appeared on the agenda of the South Carolina Jobs-Economic Development Authority (JEDA), which helps industries facilitate special obligation bonds. JEDA approved an inducement resolution for $400 million for ATW, which is about half of the funding ATW is seeking to bring its facility to Hunter Industrial Park. That project was originally announced in 2009, but was sidelined by the recession and other factors.

Coleman said the JEDA meeting was one step toward bringing that project to fruition for ATW.

Despite turmoil brought on by Russia’s invasion of Ukraine and accompanying rising fuel prices, Coleman said he does not expect a disruption to potential projects in Laurens County or for it to curb the interest in the county from industry leaders.

“Everybody is watching rising fuel costs, and when that happens rail can become more prevalent,” he said. “When companies are looking for ways to combat costs and with gas prices and trucking becoming more expensive, rail becomes an alternative for them, so that will be interesting to watch.”