Laurens County, South Carolina – Courtney Stonell is hoping to meet all the “ploggers” in the county, and she hopes many of them show up for county beautification efforts, starting with the 14th Annual Lake Greenwood Clean Day Saturday morning, March 12, and another county cleanup event on Earth Day, April 22. 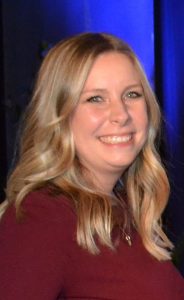 “I just learned that people who pick up trash while they are running or walking for exercise have a name, and it’s ‘ploggers.’ I literally just learned about it a few days ago,” said Stonell, the Keep Laurens County Beautiful Affiliate Coordinator.

As individuals and teams, Ploggers, have been combining “jogging” with “plucking trash” – hence the name – in Europe for several years, but are newer to South Carolina.

Laurens County has a few folks who regularly take trash bags along as they walk the roadsides for exercise, and now Stonell wants to network with those ploggers and anyone else who routinely gets out and cleans up the roadside. It would help Laurens County to be able to add their results to the county litter removal data.

Working under the umbrella of the Laurens County Chamber of Commerce, Stonell’s full-time position was created last fall when Laurens County Council and Laurens and Clinton city councils agreed to help fund a position which would enable the county to become a Keep America Beautiful Affiliate.

“We are very close to completing our affiliate application and we will officially become a Keep Laurens County Beautiful organization,” said Stonell, who has a degree from Clemson in Parks, Recreation and Tourism with an emphasis in Parks and Protected Area Management and a background in environmental education.

A volunteer registration form is available on the Keep Laurens County Beautiful Facebook page, by emailing Stonell at cstonell@laurenscounty.org or by calling 864-871-6031.

Volunteers can sign up ahead of time, call Stonell and meet her at The Laurens County Chamber of Commerce office to pick up bags, gloves and vests donated by Palmetto Pride.

Volunteers can also sign up and get supplies on the day of the Lake Greenwood cleanup at several locations. Stonell and Laurens County Sheriff Office representatives will be helping to direct volunteers at Riverfork Boat Ramp near Waterloo, and volunteers can also sign in on the Laurens County side at Fellowship Camp and Conference Center in Waterloo and Moon’s Landing near Cross Hill. 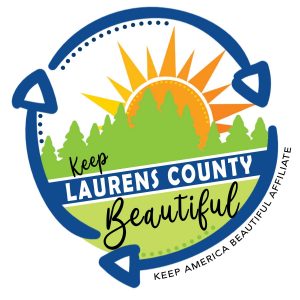 is a continuation of the county’s ongoing partnership with the Keep Greenwood County Beautiful group.

The county’s beautification efforts began in earnest in 2010 when the Chamber’s board of directors developed a Laurens County Beautification standing committee, and the first quarterly cleanup was held in May 2011 when more than 600 volunteers spent a Saturday morning cleaning roadsides near their own homes and businesses.

This past weekend the Laurens County Sheriff Office partnered with residents of Wattsville and cleared 2,000 pounds of trash from the roadways there.

As a county chamber, cleanup days have continued on a quarterly basis and resulted in thousands of pounds of trash cleared from the county’s roadways.

“We need to keep our community greener and cleaner for the future generations,” Stonell said. “Love where you live.”

This story was originally published on page 2 of the Wednesday, Feb. 23 issue of The Laurens County Advertiser.