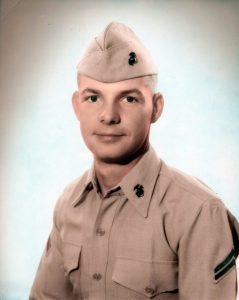 He was born January 8, 1934 in Philadelphia, PA and was a son of the late Harold Earl Pearson, Sr. and Doris Ellen Williams Pearson. He was a proud veteran of the United States Marine Corps and was retired from the Glass Plant of Laurens.

In addition to his wife and parents he is predeceased by his daughter, his five brothers, and five sisters, and one grandchild.

Memorial Services will be held Saturday, January 8, 2022 at 2 PM at the Eastside Baptist Church in Laurens, SC.

Memorials may be made to Eastside Baptist Church, 333 Conway Avenue, Laurens, SC 29360 or the Wounded Warrior Project, 3 Caledon Court, Suite A-2, Greenville, SC 29615.