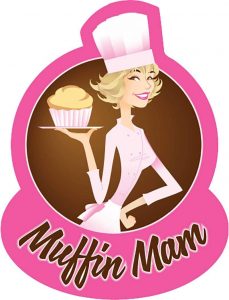 Muffin Mam, a wholesale bakery that expanded its Upstate operation and corporate offices to Hunter Industrial Park in 2019, is closing its doors.

The company has made no official announcement, but Laurens County Development Corporation President/CEO Jonathan Coleman confirmed the closure Tuesday afternoon. He said the company has filed Chapter 7 bankruptcy.

Muffin Mam initially hired more than 100 people – a number that has since doubled to more than 200 – at the 100,000 square-foot Hunter Industrial location as it upped its production. The wholesale bakery supplied baked goods, including cakes and muffins, to grocery stores and other outlets across the U.S.

“I hate it for the 215 people who were working there,” Coleman said. “But with the market right now, we shouldn’t have any trouble finding another business to go in there. Their building and ones like it, so hopefully it won’t take long to fill it.”

Coleman said Muffin Mam employees at the Laurens facility received letters detailing the closure, which is expected to be in early January, Monday.

But on Tuesday afternoon, Laurens Police responded to the facility at the request of management as employees were reportedly told the facility was closing immediately.

When Muffin Mam expanded into Laurens County, the total expected investment in the county was estimated at $18 million.

The spec building at Hunter Industrial Park was upgraded to house a large commercial bakery with $10 million in bonds that served as a loan for outfitting the location.

While those building improvements remain, Coleman said the LCDC will “pursue claw backs on any other incentives that apply.”

According to the Muffin Mam website, Muffin Mam is currently owned by Azalea Capital, a private equity firm that purchased the business in 2018. Muffin Mam began as a small café owned and operated by the late Stephanie Crowley in Greenville. Crowley opened a wholesale bakery in 1992 with eight employees. Crowley died in 2014.

Coleman said the LCDC will work with Muffin Mam and its employees to help them find other employment. The LCDC already had a Job Fair scheduled for Nov. 18 from 4-7 p.m. at Piedmont Tech’s Cam Center with around 24 companies expected to attend.