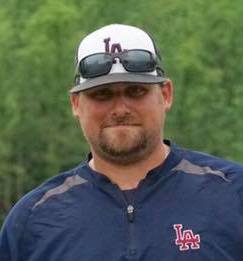 “We wish Coach Tollison and his family the best,” LA Athletic Director Travis Plowden said in a release from the school. “And we appreciate everything he has done for our program.  We will immediately begin the search for his replacement.”

Tollison was a former LA player and assistant coach, taking over the program’s reins in 2017.

The Crusaders reached the SCISA Class A state playoffs this past season but were eliminated by Holly Hill Academy. 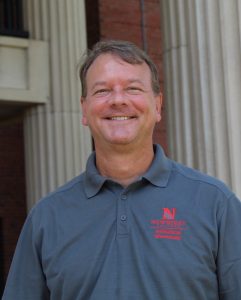 Newberry College has appointed Bill Tiller as director of development for athletics.

In his new role, Tiller will work to bolster support for Wolves athletics. The Clinton native comes to Newberry from the Greenwood Genetic Center Foundation.

“We are so honored to welcome Bill Tiller to the Institutional Advancement team,” said Lori Ann Vinson Summers, vice president for institutional advancement. “His experience will be an invaluable asset to the continued growth of the College.”

Tiller has also served as CEO of Make-A-Wish South Carolina, and as executive director of United Way of Laurens County.

“Newberry College is rich with potential for amazing things,” said Tiller. “I look forward to being a part of a talented team, and to working with the many students, alumni, staff and other constituents who make up the Newberry College community.”
Tiller resides in Clinton with his wife and three children, and he boasts a love of history, sports and The Grateful Dead.

“We are excited about the addition of Aaron to our staff,” Williams said. “He has extensive experience as a coach at multiple levels. That experience, along with his recruiting background, will help as we continue to build our program.”

Vail arrives at Presbyterian after spending the last two seasons with the Furman softball program. When his first season in Greenville was cut short by COVID-19, the Paladins had already stolen more bases in 26 games than they had in 51 games during the 2019 campaign. The 2020 Furman squad also improved its ERA by nearly two full runs (5.89 to 4.03), on its way to a 23-spot improvement in the RPI. This past spring, the Paladins had three players earn All-Conference honors from the Southern Conference, and their 19 wins were the most for the program since 2018.

Prior to his time with the Paladins, Vail served as director of softball operations at American Athletics Softball Organization in Irvine, Calif., in 2018-19 and for USA Preps in Camarillo, Calif., in 2017-18. He’s also held assistant coach positions at Oregon State (2015-16) and Utah Valley (2013-14).

Before his stint at UVU, Vail was a head coach at both the high school and travel ball levels, as well as the head coach at Dakota County Technical College for a season.

In other PC softball news, the Blue Hose announced the addition utility player Amanda Gull to its 2021-22 recruiting class. Gull graduated from Martin Luther King High School in Riverside, California. She helped King to the CIF Southern Section 2 Finals in 2018. She also played over 700 games of club softball on 10U-18U teams, hitting a combined .418 with 53 home runs and 457 RBI.

A native of Greer, McCollum has a 3.72 GPA as a Biochemistry major. During his recently completed sophomore season, he played in all six events for the Blue Hose, including a tie for 30th at the Raines Company Intercollegiate to lead the way for PC.

Honored by the GCAA for the third straight year, Nolin graduated from PC in May as a Business major with a Management concentration and a 3.74 GPA. He appeared in all six tournaments for the Blue Hose this past spring, and tied for the team lead with a 74 scoring average, the fifth-best average in a single season in the program’s DI era. Nolin’s 74.75 career stroke average in his three seasons as a Blue Hose stands as the second-lowest in the DI era.