A Clinton man had been charged with two counts of attempted murder by Clinton Police following an incident on Peachtree Street Friday morning.

Bates is accused of firing several gunshots into a residence on Peachtree Street while several people were inside. Investigators retrieved shell casings from the yard and later recovered a .40-caliber handgun, according to reports.

In addition to the two attempted murder charges, Bates is also charged with firing a weapon into a dwelling. Bond has been denied on all three charges. 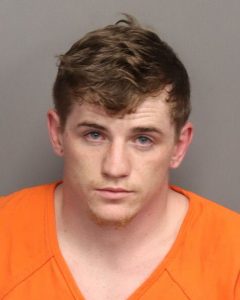 A Gray Court man has been arrested by the Laurens County Sheriff’s Office and charged with grand larceny.

According to reports, the LCSO charged Tray Artis Hart, 22, following the theft of a 2003 Chevy Tahoe. The vehicle is valued in excess of $4,000.

Hart remained in the Johnson Detention Center as of Tuesday afternoon.