Laurens County Council members will meet in executive session as part of a called meeting Thursday at 5:30 p.m. at the Hillcrest Square Administration Offices.

The meeting was called in order to discuss the fate of Laurens County Administrator Jon Caime, who was put on leave after council’s regular meeting on March 9 following an executive session.

In addition to the matters surrounding Caime, council members are also to address another concerning EMS personnel and the departure of former EMS Director Matt Pennington.

“We sent a memo to department heads Wednesday morning to let them know that Dale Satterfield has been named Acting County Administrator,” said Patterson after the meeting was called Thursday. 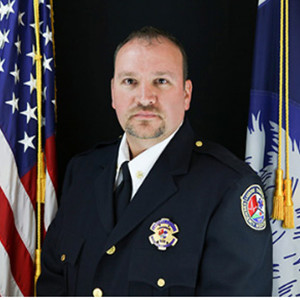 Patterson confirmed that Pennington is no longer employed by the county. Pennington spent his entire career of nearly 26 years – joining as an EMT in 1995 – with Laurens County Emergency Services and has been director since February of 2017, according to his LinkedIn page.

Caime remains an employee with Laurens County, Patterson said, and Satterfield also remains in his role over Public Works.

“I can’t talk about personnel matters beyond that,” Patterson said. He said he does not know whether or not Caime will attend Thursday’s meeting.

Caime was hired in 2016.  In 2019, Laurens County Council offered him a three-year extension.