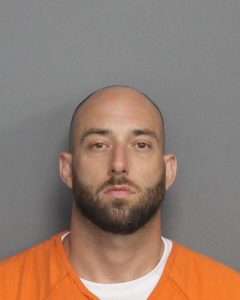 A suspect wanted by the Laurens County Sheriff’s Office in connection with a deadly shooting Friday in Fountain Inn turned himself in Monday afternoon, bringing an end to a nearly three-day search by investigators.

Jason Dale Wentz, 38, of Fountain Inn has been charged with murder and possession of a weapon during the commission of a violent crime. He remained in the Johnson Detention Center Tuesday evening.

LCSO deputies responded to a call about 9:45 p.m. Friday reporting a gunshot victim. He was found dead at the scene of the incident at a Garth Road residence in Fountain Inn.

LCSO investigators initially enlisted help from the public in locating Wentz, naming him as a suspect in the shooting. He was believed to be traveling at the time with a female and was considered “armed and dangerous.”

Wentz was also wanted in Pennsylvania due to an alleged connection to an attempted murder there.