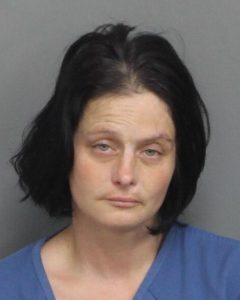 A woman who allegedly fired on Laurens County Sheriff’s Office deputies and led law enforcement on an afternoon-long manhunt in rural Gray Court was taken into custody Thursday evening.

Melissa Ann Miller, 38, of Fountain Inn was booked into the Johnson Detention Center after reportedly being located at a residence in Georgia Road in Gray Court around 8:15 p.m.

According to the LCSO, Miller was pulled over in a routine traffic stop in the Hellams Road area near Highway 101. Deputies said she fled the scene on foot and shot at them over her should as she ran away.

No deputies were shot during the altercation.

The search for Miller that followed included tracking dogs, a helicopter and officers from the LCSO and S.C. Department of Natural Resources.

Miller has been charged with driving under suspension, probation or parole violations and operating an uninsured vehicle. Additional charges from the LCSO are expected.