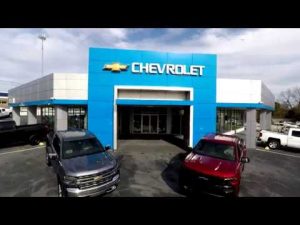 Smith Chevrolet in Laurens has been sold after more than 70 years in the Smith family.

As the final remnants of shuttered Baldwin Automotive are being sold via online auction, Smith Chevrolet is changing hands after more than 70 years in Laurens.

Smith Chevrolet, which opened its doors in 1947 as a Pontiac dealership, has been run by the Smith family ever since. That is expected to change Wednesday when the sale of the dealership to Greenlight Automotive LLC of Sanford, Florida, is finalized.

“We weren’t really looking to sell,” said Smith Chevrolet Owner-General Manager William Smith, whose father and uncle opened the dealership in 1947. “A broker approached us and said there was a lot of interest in smaller town, new vehicle franchise dealers.”

After four months of inquiries and negotiations, the deal was to close Wednesday. Smith Chevrolet has been a Chevrolet franchise since 1990 and is operated by Smith and his cousin, Ann Bishop.

“We just decided that, given our ages, and the situation where we were in our lives, the opportunity was here, and we’d go ahead and move on it,” Smith said.

The sale of Smith Chevrolet coupled with the 2019 closing of Baldwin Automotive, a former Buick-GMC dealership that lost its General Motors franchise during the 2009 recession and GM restructuring, is part of a changing landscape for automotive sales in Laurens County and across the country.

An online auction is liquidating tools, office furnishings and other equipment that once kept Baldwin Automotive running.

Owner Bill Baldwin, who spent 10 years operating as an independent after 2009, said it was time to call it a day after 47 years in the vehicle sales business, including 32 years in Laurens.

“The way it played out, it just seemed simpler to bring it to a close,” Baldwin said. “My wife and I want to travel a bit, so it made sense to have the freedom to get up and go, and the timing just seemed right.”

In addition to the equipment being auctioned now through June 17, Baldwin Automotive’s North Harper Street location with nine acres of land is to be sold.

Baldwin financed some of the used vehicles he sold as an independent, so that part of the business will remain in place until those debts are settled.

But the rest will be a part of Laurens County’s automotive past.

“After nine years (as an independent) it really wasn’t fun anymore,” Baldwin said. “But one of the biggest things we miss is our customers. We miss that interaction. It’s a lot like empty-nest syndrome. One day people weren’t coming in anymore, and we really missed talking with them and helping them.”

Over the years, the Smith family has sold Pontiacs, Fords, AMC, Jeep and Cadillac in addition to Chevrolets.

Lately, the business has been reshaped by internet sales and the willingness of customers to travel to make purchases when they see automobiles online.

Smith said he will miss his customers and his group of loyal employees the most after the sale is completed.