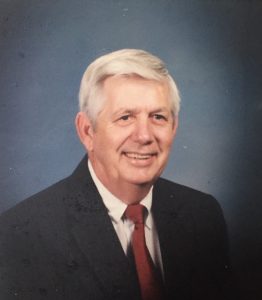 Russell Alfred Warner, Sr. entered into heaven from the loving presence of his family on Friday, May 29, 2020. Russell was the fifth of seven children and was born in 1935 in Little Rock, Arkansas to James and Prudence Warner.

Russell married his long time sweetheart and love of his life, Gwendolyn Beggs, after she graduated High School in June of 1956. He owned and operated a couple of businesses in Little Rock over the next ten years, when he became interested in working in the ministry of our Lord. He moved his family to Columbia, South Carolina to attend Columbia Bible College in 1967. While there, he deepened his love for Christ and was called to serve, alongside Gwen, as a houseparent at Thornwell Home for Children. Russell served at Thornwell for over 15 years. He and Gwen also had a daycare center in Clinton for about 20 years.

Russell was always a helper. He was always willing to serve others. Over the years he has served as Elder and Deacon in the Thornwell Hartness Presbyterian Church. He also served as Scoutmaster of Troup 198, where he once received the honor of Scoutmaster of the year. He served many years as a Little League coach, even when he did not have a child of his own playing. He also helped with United Ministries, the local food distribution ministries.

Russell was a great children’s story teller. He loved to fish and play golf. He loved the Clemson Tigers, although his love for the Arkansas Razorbacks was always very close to the surface too. He knew over ten jokes that he told to perfection (and often). Russell spent years performing coin tricks that amazed children of all ages. He was known by many names over the years, including Arky and Mr. Russell. However, the titles he was most known and loved for were, Son, Brother, Husband, Dad, Uncle, and Gran-Gran.

Russell was preceded in death by his parents, his sisters, Dorothy and Mittie, his brother, James, and his infant great-granddaughter, Lily.

Russell is survived by his wife of 64 years, Gwendolyn.