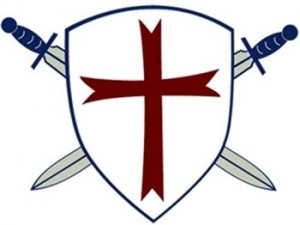 Laurens Academy’s dynastic run through the SCISA Class 1A girls basketball tournament ended Tuesday night with a 43-38 loss to Dorchester Academy at Heathwood Hall in Columbia.
The Raiders handed LA its first state tournament loss since the 2017 finals. Since then, the Crusaders have won back-to-back state championships and were on the cusp of a fourth straight SCISA Final Four appearance.
But a disappointing first quarter against Dorchester all but put an end to those hopes.
Dorchester held LA scoreless for the first eight minutes, 32 seconds. Payton Breen finally broke through with a layup with 7:28 left in the second quarter.
Dorchester capitalized on eight LA turnovers to take a 13-0 lead after the first quarter.
“We struggled offensively,” said LA head coach Jason Marlett. “We start a bunch of young girls, and when things don’t go well right off the bat, it can be tough.”
Despite the early struggles, LA was able to regain its composure in time to make a fourth-quarter run.
The second-seeded Crusaders cut Dorchester’s lead to 28-25 with four straight free throws followed by a Blair Quarles 3-pointer with 6:08 to play.
But the Raiders answered with consecutive baskets over the next 1:30 to build a 32-27 lead. LA fired back with a jumper from the left win from Rylee Ballard, but the rally was derailed by a charging call following a steal by LA’s Reagan Williamson with 3:38 left.
Dorchester outscored the Crusaders 9-3 until a Williamson 3-pointer found the net with 12 seconds to play to make the final 45-38 final.
Williamson led LA with 16 points in her final high school game. Fellow senior Quarles finished with seven points, but was hindered by early foul trouble as LA tried to find its footing and Dorchester dominated the glass, outrebounding LA 19-10 in the first half and 41-24 on the night – including 19-7 on the offensive glass.
Lydia Hofstetter paced the Raiders with a game-high 18 points and 10 rebounds, and Vivian Weathers added 12. Hofstetter scored 12 of her total off of offensive rebounds.
A trip to the quarterfinals for the Crusaders in a rebuilding year following their consecutive championships was a a boon for LA’s program, and Marlett said that started with the team’s seniors, Williamson and Quarles.
“They’re two of the best leaders I’ve ever coached, and I’ve coached some good players,” he said. “They could’ve said, ‘We’ve won two state titles, and we’re just going to have fun our senior year and whatever happens happens. But they worked hard in the offseason, and they came out and taught these young girls how to play hard in their extra time, and they brought this team a long way. … It’s a credit to them, and the girls who picked up after them and came out and worked hard.”
Posted in Sports