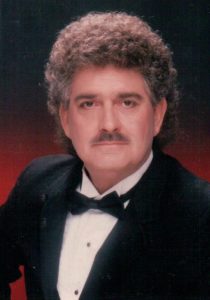 He was born in Laurens and was a son of the late Thomas William King and Teressa Irene Prater King.

In addition to his parents, he was predeceased by a son, Larry Rodney King.

A memorial service will be held Wednesday, July 17, 2019, at 4:00 PM at the Gray Funeral Home Chapel of Laurens. The family will receive friends prior the service from 3:00 to 4:00 PM at the funeral home.