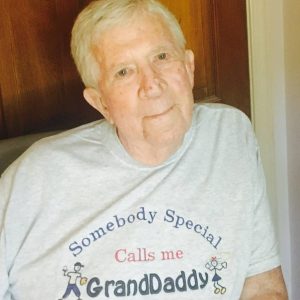 He was born in Laurens and was a son of the late Hicks Franklin Owings and Carrie Burns Owings.

Jim was the owner of Jim Owings State Farm in Clinton for 41 years. He was an active member of the First Baptist Church of Clinton and a United States Navy Veteran of the Korean Conflict.

In addition to his parents he was predeceased by three brothers and four sisters.

The family will receive friends from 11:00 AM to 12:30 PM Friday, July 12, 2019 at the First Baptist Church of Clinton followed by A Celebration of Life service at 12:30 PM with interment at Pinelawn Memory Gardens.

In Lieu of flowers memorials may be made to First Baptist Church of Clinton Building Fund, P.O. Box 95 Clinton, SC 29325.