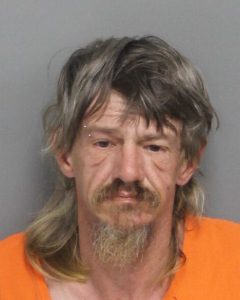 An arrest was made Monday by the Laurens County Sheriff’s Office in a case of animal abuse at a Gray Court residence.

Laurens County Animal Control Officers responded to reports of ill-treated and neglected along with deputies from the Laurens County Sheriff’s Office at a residence on Tractor Road. They seized two horses, a cat and a rabbit. A dog and another cat were able to evade capture by humane officers.

Stacey McKenzie was taken into custody by LCSO deputies, and warrants for another suspect in the case, Lori Lockey, were issued for her arrest. McKenzie was also served with unrelated arrest warrant by the LCSO. Both McKenzie and Lockey have each been charged with four counts of felony ill-treatment of animals, said LCSO Capt. Robert Wilkie.

After being sought by the LCSO for several days, Lockey, 42, was arrested and booked into the Johnson Detention Center Monday (July 8) on four counts of animal abuse and neglect. She also is charged with pointing a firearm at a person.

“All the credit goes to the sheriff’s office,” said Laurens County Humane and Litter Director Geoff Brown. “They came in and did a great job.”

Brown said several reports had been made concerning the treatment of animals on the property, which has been condemned by county building and codes officers. 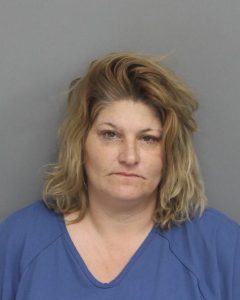 “They were in pretty bad shape,” Brown said of the animals, which were living in untenable conditions.

Despite earlier reports of animal abuse, Brown said this is the first opportunity to make arrests in the case.

“When I came here, I promised that I would prosecute people who abuse animals fully to the extent of the law,” Brown said. “This is part of fulfilling that promise.”