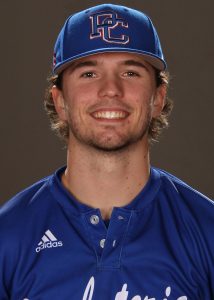 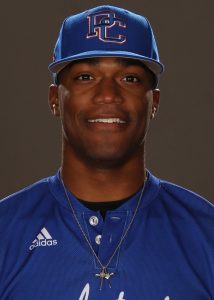 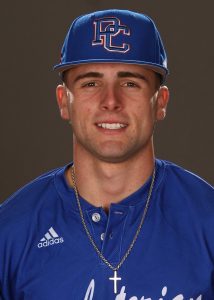 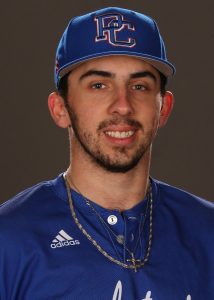 Four Presbyterian College baseball players know this very well. Zacchaeus Rasberry, Jimmy Marcelli, Ashby Smith and Grayson Stoneking all have taken the trip down I-26 to Lexington to play with the Lexington County Blowfish in the Coastal Plain League, a condensed summer wooden-bat league with teams across the Carolinas, Georgia and Virginia. The team plays its season from May 27 to Aug. 3 – spanning 52 regular-season games in a 16-team league.

It’s a taste of life as a professional without the paychecks, with as many as six games per week, sometimes requiring road trips that bring the team back at all hours of the night – as the team did last Wednesday, arriving home at 2 a.m. from a game against the Savannah Bananas in Savannah, Georgia, before a 7 p.m. game the next night against Martinsville.

“Playing five or six games a week can be nerve-wracking, especially different travel times. Not everywhere is an hour, hour-and-a-half away. Sometimes it’s three-to-four hours,” Rasberry said. “That gives me a little bit of a taste, and it’s a really good experience.”

Lexington Head Coach Marshall McDonald said the first days for the guys transitioning from college schedules to the day-to-day in Lexington is tough, but said the toughest adjustment isn’t during the summer – it’s when the next school year begins.

“They get into the routine of sleeping until 12, getting home at midnight, two in the morning. After the first couple of days they get used to it and it gets fun,” McDonald said.

To read more of the story, pick up a copy of Wednesday’s edition of The Laurens County Advertiser.