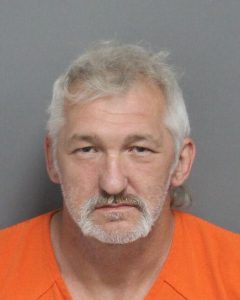 It took a jury less than an hour to convict a Laurens man of manufacturing methamphetamines Tuesday during 8th Circuit General Sessions Court at the Laurens County Hillcrest Judicial Complex.

Circuit Judge Alison Renee Lee sentenced Eaton to 17 years in prison on the manufacturing charge and another 10 years on the possession charge. The two sentenced are to be served concurrently.

Eaton has a long criminal history in Laurens County, dating back to 1989 according to court records.

“Drug addiction continues to plague our society in the new millennium,” 8th Circuit Solicitor David Stumbo said following the trial. “While we recognize that it is only part of the solution, (Laurens County) Sheriff (Don) Reynolds and I are pleased to see a lifelong meth cook and dealer like Ronnie Eaton sent to prison for a long time to come, and we will continue our commitment to stopping anyone pushing destructive drugs in our community.”

Eaton was arrested and booked into the Johnson Detention Center on March 26, 2018 by the Laurens County Sheriff’s Office following an investigation into a meth-cooking operation on Bobcat Drive in Laurens. A camper belonging to Eaton abruptly moved from Bobcat Drive, and a tip later helped investigators locate the camper again on Boyd Road.

LCSO obtained a search warrant after determining that Eaton did not report his change in address to his probation agent. They discovered a “broken down, one-pot cooking operation” inside the camper and determined Eaton had been manufacturing meth since is release from prison on a previous manufacturing charge.

“I’m proud of the work our Narcotic Unit does to get these drug pushers ou to four communities and in prison where they belong,” Reynolds said in a Facebook post. “I’m also proud of the 8th Circuit Solicitor’s Office for the great job they did in trying this case before a jury. This guy was no stranger to our Narcotic Unit, so it’s a pleasure to see him end up in prison with a significant sentence.”

Deputy Solicitor Dale Scott and Assistant Solicitor Margaret Boykin handled the case for the state, with the assistance of 8th Circuit Investigator Walter Bentley. Eaton was represented by Dorothy Manigault of the Greenville County Bar Association.

Stumbo praised the work of his staff along with LCSO narcotics investigators Sgt. Matt Veal and Investigator Charles Nations in securing the conviction and lengthy prison sentence.