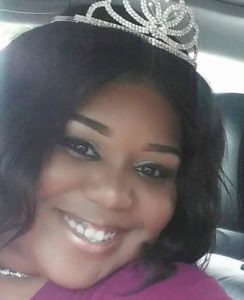 A Ware Shoals High School senior was killed as she was returning home from prom Saturday night.

Trinity, Brandasia Harrison, 18, died after being involved in a car crash with a suspected drunk driver.

According to reports, the 2013 Dodge Avenger, in which Harrison was a front-seat passenger, was struck head on by a 1999 Volkswagen Cabrio driving southbound on Highway 25 in Greenville County.

Carter Owen, 27, the driver of the Volkswagen, has been charged with felony DUI resulting in death, Hovis said.

Owen, of Pelzer, and the driver of the Dodge, were airlifted from the accident and transported to Greenville Memorial Hospital.

“A hole is in the fabric of our tightly knit community,” wrote Greenwood District 50 Superintendent Fay Sprouse in a statement. “We will hold hands as we celebrate her life while dealing with our loss.”

“We are absolutely heartbroken to learn of last night’s wreck that took the life of Trinity Harrison following her senior prom,” the post read. “Many of us knew (her) family well and we cannot imagine the grief and the anguish they are experiencing. Drinking and driving is, by far, one of the most selfish acts because it is the innocent ones who suffer at the hands of your recklessness. Please do not drink and drive, folks”

A balloon release in Harrison’s memory is scheduled for 6 p.m. today at Uptown Market in Greenwood.

A Laurens District High School student was struck by a vehicle while attempting to cross Raider Road Monday afternoon.

Walt Womble, a junior at LDHS and member of the boys tennis team, was struck by a Kia sedan. Womble suffered several injuries, including a fractured spine and fractured ribs, according to a Facebook post from his mother, Marcia Womble, assistant principal at LDHS.

The driver of the vehicle was not charged in the incident.