For the first time in more than three decades the Town of Gray Court will have a new leader. 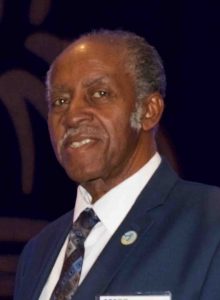 Incumbent Mayor John Carter was left on the outside looking in Tuesday night after a three-way mayoral race ended with Town Councilwoman Stellartean Jones and realtor Scott Cook headed toward a runoff.

Cook received 67 votes and Jones 57 to edge out Carter for the runoff by three votes. The runoff election is set for Tuesday, March 19.

Carter has served as mayor of Gray Court for 32 years and was seeking a ninth term in office. Prior to being elected mayor Carter served on town council for 10 years.

Carter said he has always been prepared to win or to lose each time he has sought office.

With 37 percent of the vote, Cook leads the way into the runoff in his second run for the mayoral office.

“We’ve got to just get back to work,” Cook said. “I certainly want to ask Mr. Carter for his support. I was pleased with our turnout, and I really feel like Gray Court has a good opportunity to move forward.”

Jones, who has spent the past eight years on the Gray Court town council, said she believes she will pick up some votes that fell to Carter in the runoff, but will not rest on that theory.

“I’m pretty sure Mr. Cook will pick up some votes as well,” Jones said. “But I feel good going into the runoff and know what to do now to be successful. I have to put on a good pair of shoes and walk the beat – talk a little bit more and campaign a little bit more.”

Two at-large spots on the Gray Court Town Council were also decided Tuesday, including the one that previously belonged to Jones. Incumbent Adolphus Brewster and newcomer Shaterica Neal were elected without challenges to those seats.

In Waterloo, incumbents Johnny Cheeks and Bruce Smith were also re-elected to town council without challenges.