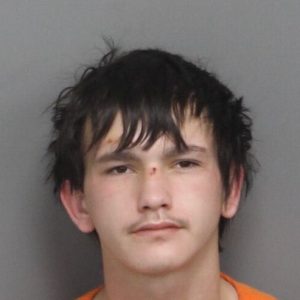 A car chase that began in Lee County around 11 p.m. on I-26 near the Laurens-Spartanburg county line with two arrests by the South Carolina Highway Patrol.

Dakota W. Shasteen, 21, of Irwin, Tennessee was taken into custody on a half-dozen traffic-related charges after leading police on a chase through Kershaw County that eventually led police up I-26 through Newberry and Laurens counties. He was taken to the Johnson Detention Center in Laurens.

Rayanna Marie Brandt, 19, a passenger in the vehicle driven by Shasteen, was also placed under arrest and transported to Newberry County. The Newberry County Sheriff’s Office charged Brandt with possession of drug paraphernalia and littering after she allegedly threw items from the car during the chase in Newberry County. Her bond on the two charges was set at $877.50.

Lee County officials could not be reached for comment as to why the pursuit began, but Shasteen has a criminal history in Tennessee and is reportedly wanted in that state on separate charges.

South Carolina Highway Patrol Cpl. Bill Rhyne said troopers took over the pursuit of the vehicle and used a “precision immobilization technique” to bring the chase to an end soon thereafter.

Shasteen is charged in Laurens County with DUI, failure to stop for a blue light, operating an uninsured motor vehicle, failure to register a vehicle, improper display of a tag and driving without a license.