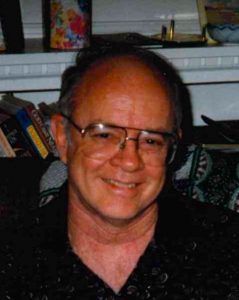 Jerry Banks Elmore, 76, of 401 Powderhorn Road, and husband of Priscilla Davis Elmore, passed away on Wednesday, January 9, 2019, at NHC of Laurens.

In addition to his parents, Mr. Elmore was predeceased by a brother, Stanly Joe Elmore and a daughter-in-law, Tracey Weiler Elmore.

Memorial service will be held at 2:00 p.m. on Saturday, January 12, 2019, at Chestnut Ridge Baptist Church conducted by Rev. Alex D. Henderson and Rev. Tony Crouch. A private burial will be held at Forest Lawn Cemetery.

The family will be at 401 Powderhorn Rd, Laurens, SC 29360, and will receive friends in the church immediately following the service.