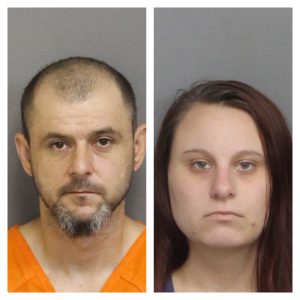 A father and daughter involved in what police termed a “consensual sexual relationship” have been charged with incest by the Laurens County Sheriff’s Office.

According to the LCSO, Katlyn Lauren Edwards gave birth to a child that was fathered by her father, James Travis Brown. The child died later at a medical facility in Charleston. During the LCSO’s investigation, it was learned that Edwards and Brown were in a consensual sexual relationship when Edwards became pregnant.

During interviews with Brown and Edwards, both claimed the relationship was consensual and mutual. LCSO investigators also discovered other evidence to support those claims.

“It is beyond my comprehension how this could take place between a father and daughter,” said Laurens County Sheriff Don Reynolds. “At this time, I can’t confirm the baby died from complications related to incest, however we wonder if that’s the case. We are working with medical professionals and the Solicitors Office regarding that aspect of the investigation and will update everyone if there are any additional charges.”