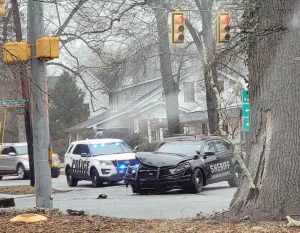 A Laurens County Sheriff’s Office deputy was involved in a collision while responding to a 9-1-1 call Sunday morning on South Harper Street Extension in Laurens. No charges have been filed by the S.C. Highway Patrol as of yet in the incident.

A Laurens County Sheriff’s Office deputy was involved in a crash Sunday morning around 10:15 on South Harper Street Extension in Laurens while answering a 9-1-1 call.

The deputy, driving a 2017 Ford sedan, collided with a 2008 Chevrolet SUV at the intersection of South Harper Street Extension and Farley Avenue.

LCSO Chief Deputy Chris Martin said he was awaiting word from the South Carolina Highway Patrol. As of Tuesday afternoon, no charges had been filed against either driver.

The driver of the SUV was transported to an area hospital with non life-threatening injuries. The deputy was uninjured. 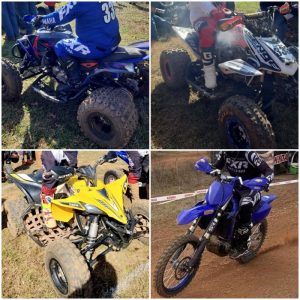 Photos of the all-terrain racing vehicles and a dirt bike stolen from a Leesville Church Road residence in Laurens County in December.

The Laurens County Sheriff’s Office is seeking the public’s help in connection with multiple thefts from a residence on Leesville Church Road in Laurens.

The incident occurred on Dec. 20 and involved the theft of several all-terrain vehicles, a dirt bike and a large assortment of automotive tools and audio equipment.

The vehicles stolen include:

Anyone with any information is asked to contact Investigator Gault at the Laurens County Sheriff’s Office at 864-984-4967, visit here online or call CrimeStoppers at 864-68-CRIME. 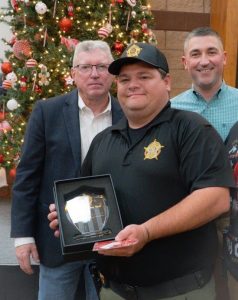 Tyler Stroud was named Laurens County Sheriff’s Office Deputy of the Year this past month.

Stroud, who has been in charge of the department’s clean-up initiative throughout the county, was recognized at the LCSO Christmas party in December.

“Deputy Stroud takes inmates out at least three times a week to areas that are reported by residents or by our deputies as highly littered,” said LCSO Public Information Officer Courtney Snow. “He’s a hard worker and does whatever he is asked to do.”

Stroud received a plaque and a gift from Sheriff Don Reynolds and Chief Deputy Chris Martin.