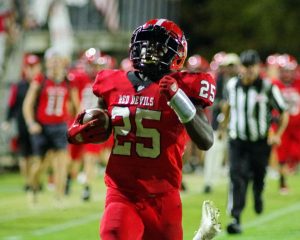 James, a do-it-all running back, linebacker and kick returner for the Red Devils, is the first Laurens County finalist for the annual award since Laurens District High running back-linebacker Duane Martin – now a tight end at Louisville – in 2019.

The list of finalists was announced Wednesday by Shell Dula, executive director of the South Carolina Athletic Coaches Association. The finalists will be recognized and the winner announced at halftime of the Touchstone Energy Cooperatives Bowl (formerly the North-South All-Star game) on Dec. 10 at Doug Shaw Memorial Stadium in Myrtle Beach.

James is a major cog in the No. 3-ranked Red Devils’ multi-faceted running game and is the team’s top kick returner. In nine games this season, he has 1,017 yards rushing on 96 attempts, averaging 10.6 yards per carry with 20 touchdowns. As a special teams ace, he has three kickoff returns for scores in 8 returns for 351 yards for a 43.9-yard average.

While James is a finalist for the Mr. Football award, he was not chosen to either of the initial rosters for the Shrine Bowl or the Touchstone Energy Cooperatives Bowl.

The other finalists for South Carolina Mr. Football include: 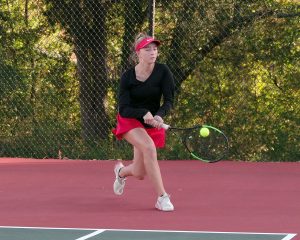 Clinton advanced to the third round of the Class 3A playoffs Tuesday with a 4-3 victory over visiting Wren, the No. 2 seed from Region 2-3A.

The Red Devils are set to face rival Chapman – Clinton’s former foe from Region 3-3A before realignment – Thursday (Oct. 27) at 5 p.m. at Clinton Middle School.

Here are results from the victory over Wren: