Laurens, S.C.  – Laurens City Council members celebrated Black History Month last week during its regular council meeting by honoring several key figures in the community.
“Several years ago we began to recognize individuals for Black History Month, and we are going to continue to honor all citizens who make a difference in our neighborhoods,” Council Member Marian Miller said. “Tonight I want to honor Yvonne Butler, who is not just a trailblazer in the Green Street and Jersey Street community but works far beyond.
“Sometimes people that do the most want to go unnoticed,” Miller said.
She explained that Butler regularly helps people in many ways, such as filling out housing applications and many other behind-the-scenes services.
Council member Sara Latimore honored Rosalyn Johnson, who also offers assistance within her community in many ways but who wasn’t present for the award.
Council member Alicia Sullivan said she felt Black History Month is not only for African Americans but for anyone who wants to help unify the community. She presented an award to Mayor Nathan Senn for his role in the development of Back Street Park and its importance to the African American businesses and community.
Sullivan also honored Councilwoman Miller for her role as the first ever female member of Laurens City Council and for the important example that was for Sullivan as a young woman.
“Seeing that it was possible was all I needed,” Sullivan said.
Main Street Laurens Director Jonathan Irick introduced city council to two Main Street merchant members who have been awarded local awards. Wayne Owens won the Downtown Rehab award for his work renovating the front facade and the interior retail space of his floral business, Th’ Arbor. 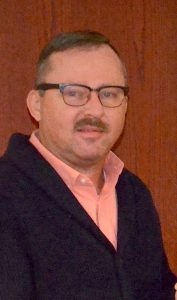 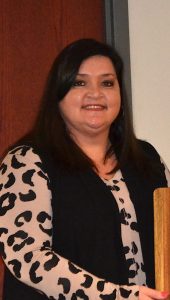 The Master Merchant Award went to Christie Finley, the owner of Southern Twist and Southern Outfitters, both of which are successful Downtown Laurens businesses and serving as retail anchors of the Historic Square.
The Barrett Holmes family won the Outstanding Downtown Service Award  for their continual renovations on buildings for the purpose of turning them into businesses.
“They have used mostly local contractors,” Irick said. “They are helping new businesses and they are growing the property ecosystem of Laurens.”
Irick said the City of Laurens and its partnerships with Main Street Laurens have seen much success.
“We are submitting the City of Laurens’ ‘Laurens Lights the Night’ event for the Fourth of July as the Outstanding Promotional award,” Irick said. “We welcomed about 3,000 people downtown and I can’t imagine a promotional event having more success at getting people downtown.”
Irick said each of the local winners will be submitted for the state level Main Street South Carolina awards and he expected to get the results within a couple of weeks.
Laurens Mayor Nathan Senn thanked retiring Building and Zoning Director Jeremy Hudson for his hard work with the city, and welcomed the new Building and Zoning Director Brandon Roberts, as well as department intern Madison Workman.
Council accepted the audit report brought by CPA Gary Bailey, who said Laurens had a clean report and no problems with the city’s annual audit.
Senn said this week that city council will hold a brief meeting in council chambers next month on Tuesday, March 15, as planned, and then head over to the Capitol Theater for the first State of the City address.
While commissioners from CPW, county council members, community stakeholders and representatives from other area cities have been invited, he expects there to still be room for some members of the public to attend as he outlines the progress of the city and the vision for the coming year as it enters a new budget season.
“The lobby will be available for non-profits and other organizations to set up booths and we welcome local organizations to display their community work,” Senn said.
Anyone interested in reserving a small lobby space for the State of the City event on March 15 can contact City Administrator Eric Delgado at edelgado@cityoflaurenssc.com.

This story was originally published page 3 in the Wednesday, Feb. 23 issue of The Laurens County Advertiser