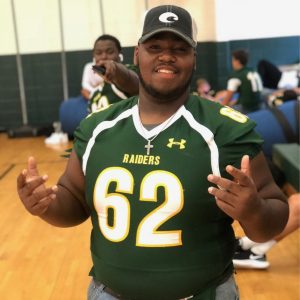 The victim of a fatal wreck that occurred Friday night on Highway 76 in Laurens has been identified by the Laurens County Coroner’s Office.

According to Chief Deputy Coroner Patti Canupp, Christopher Tyrone “Ty” Evans, 19, was killed in the head-on collision. Evans was pronounced dead at the scene of the accident. Two other people in a separate vehicle were injured and airlifted to Prisma Greenville Memorial Hospital.

South Carolina Highway Patrol Master Trooper Gary Miller said the 2007 Trailblazer driven by Evans was traveling east on Highway 76 near Chestnut Ridge Road when the Trailblazer SUV crossed the center line and struck a 2009 Dodge Charger, injuring the driver of the Charger, a 23-year-old man from Gray Court, and a passenger.

Evans was a recent graduate of Laurens District High School.