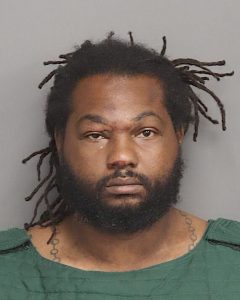 Clinton, S.C.  – A Greenville man has been charged with the murder of a Clinton resident who was shot at Countryside Townhouses Wednesday morning in what appears to stem from a domestic violence issue, according to Clinton Police Chief Sonny Ledda.

Devon Rhys Neal, 33, of Satterfield Drive, Greenville, was arrested Wednesday by Clinton Police for the murder of Sharde D. Swinger, 34, of Clinton.

Neal was also charged with one count of possession of a weapon during the commission of a violent crime.

Neal has been in custody at the Johnson Detention Center and was due to have a bond hearing at 8 a.m. today, Thursday, May 27, at the Clinton Police Department.

Clinton Police Chief Sonny Ledda had reported Wednesday afternoon that at approximately 10:55 a.m. on Wednesday, Clinton Police Department responded to Countryside Townhouses at 100 Countryside Circle in Clinton,  for a reported gunshot victim. The Laurens County Coronor’s office was called in and the victim was deceased at the scene. The  incident remains under the investigation of CPD, SLED and the Laurens County Coronor’s Office. An autopsy was scheduled for Thursday morning.

Look for updates later, and in the Wednesday, June 2 issue of The Laurens County Advertiser.