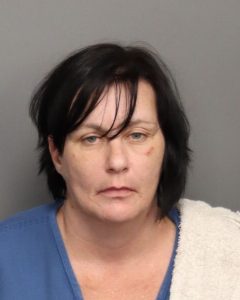 An apparent argument preceded the death of a Laurens man this past weekend on Leesville Church Road in Clinton.

The victim, Marlon Brando Johnson, 65, was struck and killed by a vehicle and died at the scene of the incident.

The Laurens County Sheriff’s Office arrested Catherine Ophelia Knight, 43, of Laurens, charging her with reckless homicide and driving under the influence.

According to the LCSO, witnesses saw Johnson and Knight arguing in a truck prior to the incident.

Johnson was reportedly a passenger in the vehicle and was struck by the vehicle as Knight attempted to drive away.

Deputy Coroner Robin Morse said results of an autopsy are pending. Toxicology tests will be returned before Johnson’s official cause of death is determined by medical examiners in Greenville County.

A man charged in the 2019 deaths of a Waterloo couple was sentenced Friday on to counts of felony DUI resulting in death.

Jose Reyes-Cruz was sentenced to 20 years in prison, which was suspended to nine years with five years probation to follow, according to the 8th Circuit Solicitor’s Office. Reyes-Cruz, who was sentenced in his absence, is to serve at least 85% of the nine-year sentence.

After completion of his prison sentence, Reyes-Cruz is to be deported to Mexico by federal authorities.

Reyes-Cruz was driving while impaired on Church Street near Anderson Drive when the 2009 Honda automobile he was driving struck and killed Tony Hall, 53, and April Lewis, 49, who were both on a motorcycle on Sept. 14, 2019.