Members of the Laurens High School Class of 1969 recalled classmate Barbara Smith Lesslie for both her striking beauty and uncommon kindness.

Lesslie, graduated from Laurens in 1969 and went on to Erskine College where she met husband Robert, was among six people shot and killed on April 7 at the Lesslies’ Rock Hill home.

“I remember how beautiful she was, and she was so sweet,” said classmate Ann “Sissy” Taylor.

Taylor said the Class of ’69 was exceptionally close due to the small size of Laurens High then, and the future wife of Dr. Robert Lesslie was beloved.

The two reconnected on Facebook, and the Laurens High Class of 1969 Facebook page was filled with messages of disbelief, sadness and incredulity.

“This is hearbreaking,” wrote Scott Holland. “I can never understand how this can happen to anyone and that it happened to two precious little children compounds the tragedy.” 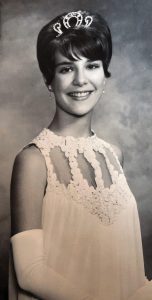 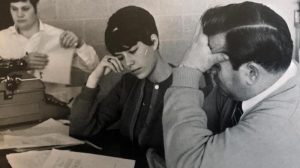 Barbara Lesslie, 69, Dr. Robert Lesslie, 70, whom she met while attending Erskine College, were killed in the shooting along with grandsons Adah, 9, and Noah, 5.

Two other victims – James Lewis, 38, of Gastonia, North Carolina and Robert Shook, 38, of Cherryville, North Carolina – were also shot and killed. The pair of HVAC techs was working at the Lesslies’ home.

Barbara Lesslie was voted Friendliest by her graduating class and was also named Miss Henry Laurens.

“We were all just shocked that it was somebody so close to us that we knew,” Taylor said of hearing the news  of the shooting as it broke out of Rock Hill.

“I was like everybody else,” he said. “It was horrific. For something like that to happen to a family that was as nice as that couple was. They were topnotch people. If it can happen to them, it could happen to any of us.”

The York County Sheriff’s Office identified the assailant as Phillip Adams, a former NFL player who lived in Rock Hill. Adams, 32, killed himself at a nearby residence. He died of a self-inflicted gunshot wound, according to the York County’s Coroner Sabrina Gast.