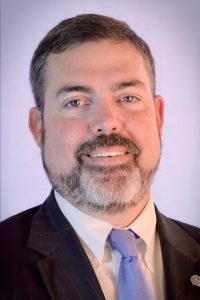 The 8th Circuit Solicitor’s Office is expected to respond in the coming days to a lawsuit filed that alleges prosecutors and a highway patrolman conspired to charge a Laurens man with murder despite not having probable cause.

The suit was filed on Feb. 8 and is connected to a fatal wreck that occurred on Feb. 19, 2015 that killed Christie Dawn Crocker, Massey’s then girlfriend, who was a passenger in the vehicle.

The indictment of Massey for murder hinged on the testimony of a witness that was ruled inadmissible Judge Robin B. Stilwell during an evidentiary hearing on Feb. 13, 2019 in Lexington.

The transcript of the hearing, which also included Stumbo and defense attorney Tristan Shaffer, featured testimony from a witness who described Crocker as “terrified” during a business transaction in January of 2015, just more than a month before the fatal crash.

In sworn testimony, the witness said Crocker confided that Massey, the father of her child, had threatened to crash a car into a tree near their home and kill her.

A few weeks later, the incident occurred. Massey was driving near the Greenville-Laurens county line in Fountain Inn when he ran off the road and struck a tree.

Stilwell ruled that the witness testimony was not admissible in court under the hearsay exception of a dying declaration, as Stumbo had argued.

I prefaced all of this by saying I understand the State’s position,” Stilwell said in making his ruling. “Would that I were the prosecution, I would -– I would have approached this case as aggressively as I possibly could, so I don’t fault you for bringing the case, I just think it’s clear from the case law that this is not a dying declaration as contemplated under the law.”

The Greenville County indictment, which was pursued in partnership with the 8th Circuit Solicitor’s Office after jurisdiction was verified, was dismissed with cause to re-indict after witness testimony was deemed inadmissible.

The lawsuit claims that the defendant was arrested, charged and jailed him for murder, violating his constitutional rights and his right to due process and other rights guaranteed by law. The suit asks the court to award Massey compensation from those named in the suit along with punitive damages.