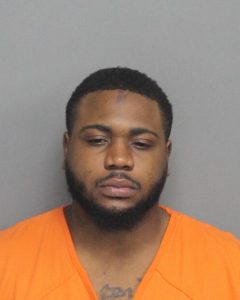 A fourth arrest was made Wednesday by Laurens Police in connection with the Jan. 22 shooting of a Laurens man on Spring Street.

Aquavius Raqwan Parks, 23, of Laurens was charged with murder, criminal conspiracy, armed robbery and possession of a weapon during a violent crime in the shooting death of Jarius Byrd on the night of Jan. 22.

Parks is the second suspect to be charged with murder during the LPD’s investigation. Antone Blakey, 27, of Laurens also faces murder charges in the case. LPD investigators have also charged Mikel Kishon Burnside, 20, and Shykorie Nacarya Grant, 20, both of Fountain Inn, with assault by mob, kidnapping and criminal conspiracy.

All four suspects remained in the Johnson Detention Center after being denied bond.