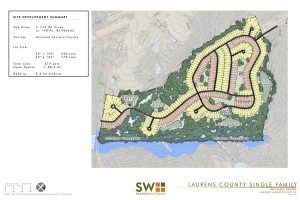 175-acre housing development near Walmart just outside of the Laurens city limits is the latest of several residential developments to receive approval from the Laurens County Planning Commission.

Laurens County Administrator Jon Caime said the planned development, which will have entrances on East Jerry Road and Ponderosa Lane, reflects a trend among builders as buyers want smaller lots for less maintenance but still desire green spaces in their neighborhoods.

“Instead of seeing just a sea of housing, you see housing and then open spaces, so it’s a nice transition with some developments,” Caime said. 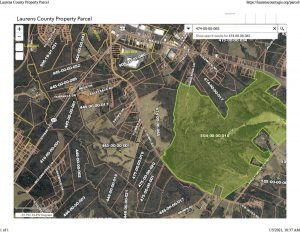 Caime said he expects grading and construction to begin in around six months or longer as developers go through permitting and other processes.

In addition to Holly Grove, the planning commission has also signed off on several other developments in the county, including one that could abut Swamp Rabbit Trail extension in the Gray Court area, and two in the City of Laurens.

In total, the developments are expected bring more than 2,000 new residents to the county.

The number of new developments has also kept the planning commission busy over the past few months.

“Probably in the second quarter of this year, a lot of those developments will be breaking ground,” Caime said. “I can’t help but think that a lot of this is due to the Capital Project Sales Tax. When that passed, people saw us investing in ourselves. When it passed, that’s when the spigot seemed to be turned wide open.”