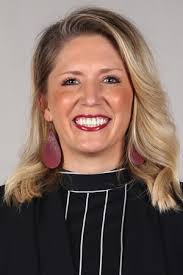 In baseball, it would be called a two-game weekend set. In basketball for Presbyterian College and the rest of the Big South Conference, it’s a new normal.

PC completed a two-game sweep of USC Upstate Sunday with a 66-53 victory in Spartanburg. That win followed up a 60-50 win on Saturday.

The Big South announced prior to the season that its new scheduling format would include two-game series on one campus during the regular season in an attempt to mitigate potential exposure to COVID-19.

For the first time this season, PC emerged from a two-game set with bookend victories.

In this past weekend’s series against the Spartans, Tionna Carter scored a season-high 20 points in Sunday’s victory, leading four Blue Hose in double figures. Maliea Bracone added a career-high 18 points after a scoreless 27 minutes off the bench on Saturday, while Trinity Johnson added 15 and Jade Compton turned in a double-double with 11 points and 15 rebounds. 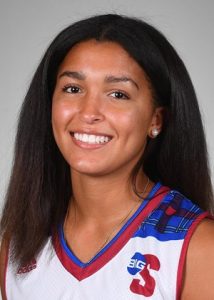 In both games, both teams struggled to find their footing in the first half, but PC responded with adjustments in the third quarter, outscoring Upstate 46-32 in the third on the weekend.

“It took us some time to kind of adjust and find our rhythm playing inside out,” said PC head coach Alaura Sharp.

The Blue Hose are scheduled to host Campbell for two games this Friday and Saturday with both games streamed on TV on ESPN+.

“We’re on a routine of Friday and Saturday games from here on out, so it’ll be nice to get in a rhythm and find a routine there,” Sharp said. “And play at home – we haven’t been home since Dec. 17.”