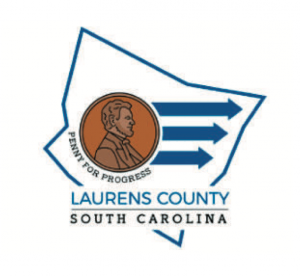 Laurens County voters approved a 1-cent Capital Project Sales Tax Tuesday, voting overwhelmingly in favor of a plan that will invest nearly $35 million in 16 building and improvement projects all around the county.

The Laurens County Council agreed to put the penny sales tax up for referendum in February and began the process of deciding how much money will be collected and how it will be spent as defined by state law. A six-person independent commission was appointed to chart that course.

“It is a good mix of wants and needs,” Commission Chairman Walter Hughes III said of the referendum as presented to the voters. “I think it’s going to be a tremendous thing. I think we’re going to see a snowball effect (for development) down the road. It’s going to be the start of big things.”

The 16 capital projects set to be funded over the next eight years with the CPST includes necessities such as new digital radios for county fire departments, the renovation of the Historic Laurens County Courthouse and a new evidence storage facility for the Laurens County Sheriff’s Office. 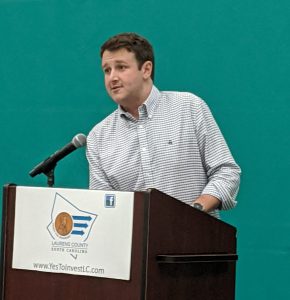 “The message than I and the other commissioners wanted to get out was that we put together a good list and let’s see where it gets us,” Hughes said.

The work of the commission was complicated by COVID-19, which caused the state to almost completely shut down in March and has slowed the economy and stymied the ability to gather in large crowds ever since.

Even so, Hughes said the CPST got needed support from those who had submitted project requests and commissioners met with community organizations all over the county to spread the word. The commission was composed of Hughes, Bobby Smith, John Irwin, Sharon Brownlee, Scott Cook and George Austin.

“I think it grew organically,” Hughes said. “It was about as grassroots as you can get.”

David Tribble, who defeated County Council Chairman David Pitts in District 7 Tuesday night, said the referendum was an example of how local government should work.

“People ought to get together, determine their priorities and say, ‘Guys, we’ve got to do this. Come with me,’” Tribble said.

The CPST will begin May 1, 2021 and sunset after eight years unless it is renewed with another referendum. County leaders plan to issue bonds to fund the projects, taking advantage of favorable interest rates, and use money raised from the CPST to pay off the bonds so that all the projects can be funded at once.

“We didn’t try to spin anything – we just put the information out there for people,” Hughes said. “We were very fortunate to have a great group of commissioners. Over the course of the year, there were a lot of late nights and early mornings, but it’s all worth it now.”