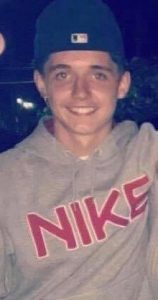 A pedestrian was struck and killed by a vehicle Tuesday night on Neely Ferry Road in Laurens near the Hickory Tavern community.

Michael Bagwell, 20, of Laurens was reportedly walking northbound on Neely Ferry Road near Covenant Road when he was hit by a Jeep Cherokee traveling northbound as well just after 8 p.m. According to the Laurens County Coroner’s Office, Bagwell died at the scene due to blunt-force trauma.

Services are scheduled for 2 p.m. Saturday at Kennedy Mortuary.

The accident is still under investigation by the South Carolina Highway Patrol.