If a majority of voters vote yes in

November to the penny sales tax, referred to as the Capital Project Sales Tax, Clinton residents will begin to see the transformation of the empty Martha Dendy School into a long-awaited Martha Dendy Community Center.

The Martha Dendy Community Center’s development committee requested $756,000 for its proposal, which outlines the renovations of the former Martha Dendy School on North Bell Street in Clinton. The building has continued to fall into disrepair over the years due to time and vandalism. 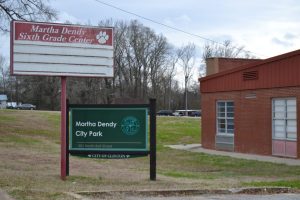 The funds would go toward the restoration of the building and creation of a center where the community could benefit through adult education, after-school tutoring, job training, social and extracurricular actives and recreation programs for youth. It will also contain a historical element regarding the legacy of Martha Dendy.

“We want to have job fairs and health fairs and a garden,” said Velma Austin, one of the committee members, who also works with Adult Education in Laurens County. “These are just a few of the things we could offer as a resource.”

A historical marker at the Martha Dendy Park marks the location of the original Bell Street High School building and notes the significance of the location to African Americans who were educated there for more than 100 years.

Costelle Little, a founding member of the Committee for the Preservation of Martha Dendy School and chair of the Martha Dendy Community Center Committee, has spent years working with the city on a strategy for developing a community center. City of Clinton budgets have not been able to stretch far enough to cover the renovation work, so the passage of the CPST referendum on the ballot this November could finally provide the revenue needed for the project.

Committee member Ricky Johnson said the $756,000 should be enough to cover the entire renovation cost and, if the community provides volunteer labor, the committee hopes that funds will remain for needed furniture and computers.

“This is not just for Clinton,” Johnson said. “It’s for the entire county, and if people want to come from Newberry for the job training and adult education classes, they are welcome.”

So far grants have been helpful in further development of the Martha Dendy Park, a green space area where the original Bell Street School stood. But grants have been much harder to find for the renovation of the school.

“The $756,000 will get us up to the place where we can begin,” Johnson said. “We would like to include families in the work, such as cleaning and painting, to give more people ownership of the building and the project.” 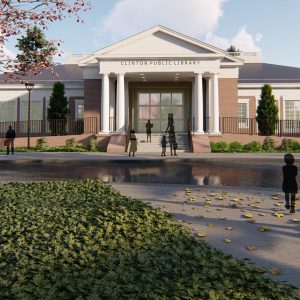 After 18 years in “temporary storefront,” CPST will give Clinton a regional library