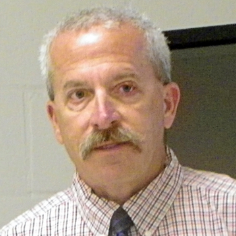 Laurens County District 55 will be financing a special election after the Board of Trustees accepted the resignation of  Mark Earle, the trustee representing Seat 4.

Before going into executive session at Monday night’s called meeting of District 55 Board of Trustees, trustees unanimously accepted the resignation of Seat 4 Trustee Mark Earle of Gray Court.

Earle, who was elected to the board in November of 2018, was not in attendance. Earle, an educator at Hillcrest High School, defeated Steve Cole with 63% of the vote after incumbent Jim Lollis chose not to seek re-election in 2018.
Board Chair Robby Bell told the board that Earle had indicated by letter that he planned to resign, and Bell gave no comments regarding Earle’s reasons for the decision.
“To make his resignation official the board has to accept his resignation, and then we can pass that on to the election commission,” Bell said.
The Board of Voter Registration and Elections had already set tentative dates in the event that Earle’s resignation was made official, Bell said.
The tentative plan is set for filing to begin Friday, Feb. 28 at noon, Bell said, and filing will remain open until noon on Monday, March 9.
The special election will then be held Tuesday, April 28, and if a run-off election is required, it would be Tuesday, May 12.
“The school district will be required to pay for this election,” Bell added.
Posted in News and tagged Board of Trustees, District 55, Mark Earle, trustee resigns