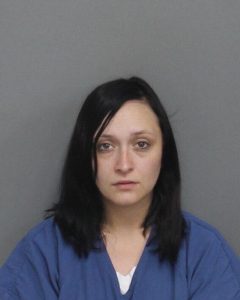 One arrest has been made in a Laurens murder investigation, but deputies from the Laurens County Sheriff’s Office continue to look into the shooting.

Brandy Standridge, 32, of Iva has been charged with murder in the shooting of Rasham Walker, 32, of Laurens.

According to the Laurens County Coroner’s Office, Walker died of multiple gunshot wounds to the chest at his Walker Avenue residence around 3 a.m. on Jan. 23. Walker’s death was the first homicide reported in 2020 in the county, but was the first of two murders in as many days on Jan. 23 and Jan. 24.

Investigators from the LCSO continue to investigate the case and more arrests and charges could be forthcoming.

“Investigators and deputies have worked tirelessly on this case and will continue to do so,” said Laurens County Sheriff Don Reynolds. “I appreciate their dedication to bringing justice to the family of Mr.

Walker. This was a senseless act of violence and it is my prayer that those responsible are held accountable for their actions.”

The LCSO is still seeking leads in the case. Anyone with information is asked to call CrimeStoppers at 864-68-CRIME or can call the LCSO with an anonymous tip at 864-984-2523.