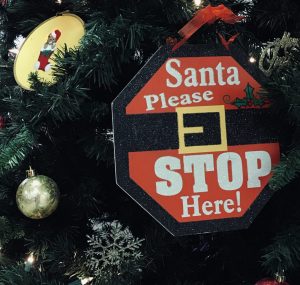 Local law enforcement agencies are working hard this holiday season to make sure Santa Claus comes to town for needy children across the area.

Christmas for Kids coordinator Courtney Snow of the Laurens County Sheriff’s Office and Christmas in the City coordinator Paige Burke, an administrative assistant with the Laurens Police Department, said their respective agencies already have more than 400 applications combined with more expected between now and Christmas.

“We’re closer to the 250 mark right now,” Snow said of the LCSO’s annual Christmas for Kids drive. “Once I get these filled, we will keep filling orders at Safe Home and review more applications on a case-by-case basis.”

Burke said about 150 requests have been turned into the LPD’s Christmas in the City initiative. She said that number is expected to grow significantly before Christmas Day.

“We had some last year come in right before Christmas, so I have a feeling that number is going to get a lot larger,” Burke said.

Both program coordinators said gifts for teens are among the most needed items this and every holiday season.

“When people think toy drive, most of the time they think about the smaller kids, but we go up to (age) 17,” Burke said. “They don’t always think about the makeup and the hair products and the body wash and things like that.”

While electronics and video games are popular among teens, those things are not in the budgets of the charities.

“We’re always in need of older kids’ stuff,” Snow said. “Hygiene items and clothes. Some folks even donate watches and costume jewelry. We don’t have the budget for the games and the electronics. I can get them board games and sketch pads, things like that.”

Snow said applicants for Christmas for Kids go through a face-to-face vetting process with volunteers, which have caused the number of applicants to decrease over the past couple of years.

The deadline for that process has passed, but Snow said individual applications are being considered on a case-by-case basis up until Christmas.

Anyone wishing to donate to Christmas for Kids can drop off new, unopened toys to the LCSO offices at 216 West Main Street in Laurens. Monetary donations can be mailed to LCSO Christmas for Kids, P.O. Box 68, Laurens, South Carolina, 29360.

Donations for LPD’s Christmas in the City can be dropped off at either LPD office, which are located a 250 West Laurens Street and at 201 West Main Street in the SunTrust building. Pick-ups can also be arranged by calling Burke at 681-2353.