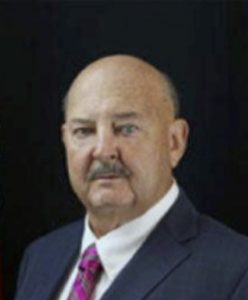 Three candidates interviewed this past week for the vacant Laurens County Coroner position formerly held by the late Nick Nichols.

Nichols, who was serving his fifth term as coroner, died unexpectedly after suffering a fall on Monday, Dec. 2. He was 76.

“The delegation has done our due diligence, and we’ve submitted a referral to the governor,” Jones said.

Jones said the governor’s office is conducting a thorough background check on the nominee, and the nomination could take up to two weeks – perhaps longer due to the upcoming Christmas holidays.

The nomination will only be temporary with the office set to be on the ballot in the 2020 General Election in November.

“We interviewed everybody on Friday and looked at the details on everybody’s history,” Jones said. “We looked at the logistics of everything with those applicants, and I think we made the best decision.”

Though Jones declined to identify the applicants, Chief Deputy Coroner Vickie Cheek, who ran the office’s day-to-day operations during Nichols’ prolonged absence due to illness in 2018, is confirmed to be among the hopefuls.

Cheek will continue to run the office until McMaster makes the appointment.