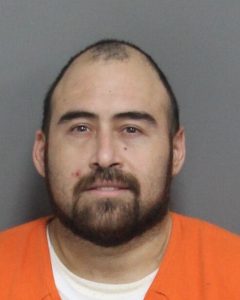 A Fountain Inn man who shot and killed his girlfriend last year pleaded guilty to voluntary manslaughter Monday in 8th Circuit General Sessions Court just before his trial was set to begin at the Hillcrest Judicial Complex.

Anthony Cruz Garcia, 35, was sentenced to the maximum 30 years in prison by 8th Circuit Judge Donald Hocker. He will receive credit for 519 days of time already served.

Garcia is accused of killing Faith Elizabeth Garza, 24, on family property in Fountain Inn. They were living in a camper at the time and had just moved to the area from San Antonio, Texas.

During an argument in July of 2018, Garcia turned a handgun on Garza and killed her. After the killing, Garcia fled the scene in the victim’s vehicle. He was discovered about an hour later in Greenville County.

By pleading guilty to manslaughter, Garcia avoided going on trial for murder, which had been originally charged in the case.