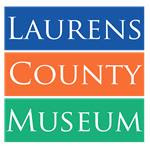 The Laurens County Museum has put together one of its biggest fundraising events of the year Thursday night at the former Witherspoon Building on the Historic Square in Laurens.

All proceeds from the Trivia Night and Silent Auction will go to the museum.

Event organizer Connie Daniels said about 30 people have pre-registered for the event and at least that many more have given verbal commitments to participate. Individuals and teams can register until the trivia contest begins at 6:30 p.m. Thursday.

“Anyone can come and register that night,” Daniels said. “They can form a team with friends they see there.”

Teams can consist of one-to-four people. It cost $50 per person to enter the trivia contest. The accompanying silent auction is free to the public.

“We know it’s a little pricey, but it’s cheaper than the golf fundraisers, and it’s for a very worthy cause,” Daniels said.

The general trivia questions and music will be provided by Upstate DJ Trivia’s Scott Pilgrim.

The silent auction, which is presented by the Laurens County Fairgrounds Association for the museum, will feature an array of items, including 1,000 square feet of blown-in insulation and artwork from local artist Jim Brinson.

“We really have a wide assortment of items,” Daniels said.

Though the museum has hosted silent auctions before, this is the first time organizers have hosted a Trivia Night fundraiser.

“We think it’s going to be successful,” Daniels said.

Doors will open at 5:30 p.m. Snacks and beverages will be served.