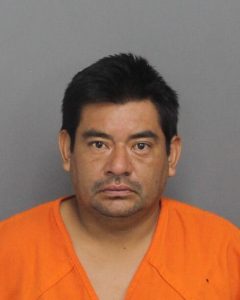 A Laurens man is facing two counts of Felony DUI following the deaths of two motorcyclists Saturday night on Church Street in Laurens.

Jose Reyes-Cruz collided with a motorcycle just before 9 p.m. Saturday while driving a 2009 Honda automobile. He is being held in the Johnson Detention Center without bond.

The victims were identified by the Laurens County Coroner’s Office as Tony Hall, 53, and April Lewis, 49, both of Waterloo. Hall and Lewis were ejected from the motorcycle on impact and later succumbed to their injuries at a hospital. Neither was wearing a helmet, according to the coroner’s office.

Autopsies were scheduled for Monday.

Laurens Police Chief Chrissie Cofield said officers determined Reyes-Cruz was impaired during the course of their investigation on scene.

Reyes-Cruz has been charged with two counts of Felony DUI resulting in death and could face up to 25 years in prison on each count. 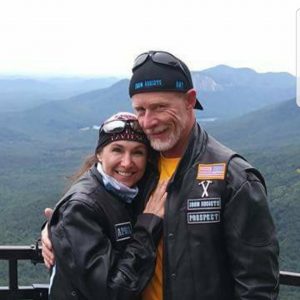 April Lewis, left, and Tony Hall were killed Saturday when the motorcycle they were on was struck by a vehicle on Church Street in Laurens. (Facebook photo)