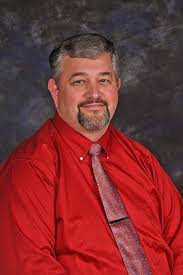 A local minister was killed Monday afternoon when a Laurens County District 55 school bus struck his vehicle in a head-on collision in the Youngs community near Gray Court.

According to South Carolina Highway Patrol Master Trooper David Jones, the school bus was traveling southbound and crossed the center line, colliding head on with a 1981 Ford Fairmont driven by Herman Alexander Black, 55, who was pronounced dead at the scene of the accident around 4:35 p.m.

Neither the bus nor the car contained passengers, Jones said.

He was a native of Woodruff – near Youngs where the accident occurred – and a graduate of Woodruff High School.

“We are greatly distressed by the loss of life resulting from this accident, and we wish to offer our heartfelt condolences to the family of the deceased,” Peters said. “We strive to operate our buses as safely as possible and will do all we can to learn from this experience. The safety and security of our students, our staff and the community are our number one priority, and this is a tragic loss.”

The bus driver was transported to Greenville Memorial Hospital and treated for minor injuries, said Jones.

The accident remains under investigation by the SCHP.

Savannah man killed in I-26 crash

A traffic accident on I-26 near Joanna left a man dead Sunday afternoon.

According to the South Carolina Highway Patrol, Denton was traveling westbound and pulling a camper on I-26 when the pickup truck he was driving and an SUV made contact while changing lanes. Both drivers lost control of their respective vehicles and ran off the highway.