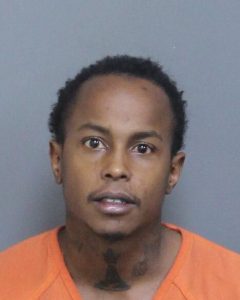 The suspect in the 2007 killing of a Clinton teenager pleaded guilty to voluntary manslaughter Friday in 8th Circuit Court at the Hillcrest Judicial Complex.

Maurice Jermaine Langford, 31, pleaded guilty to manslaughter in the shooting death of Sylvester Brown, 18, in 2007. Brown and Langford grew up together in Clinton. Langford was 19 at the time of the shooting.

Langford was brought to trial and faced murder charges in January, but a mistrial was declared due to two instances of juror misconduct. During deliberations, two jurors were found to have searched the internet for information on the incident and an angered Judge Donald B. Hocker was forced to declare the mistrial.

On Friday, Hocker sentenced Langford to 24 years in prison for voluntary manslaughter and possession of a weapon during the commission of a violent crime. Langford will serve a minimum of 85% of the sentence minus time served.

Langford, who fled to Las Vegas and was eventually found and extradited back to South Carolina, will receive five years credit for time served.

During the trial, prosecutors said Langford and Brown were friends as they grew up together in Clinton, but an argument erupted between the two over a young woman prior to the shooting.

Langford claimed in the earlier trial that Brown had a gun, and he shot Brown in self defense.